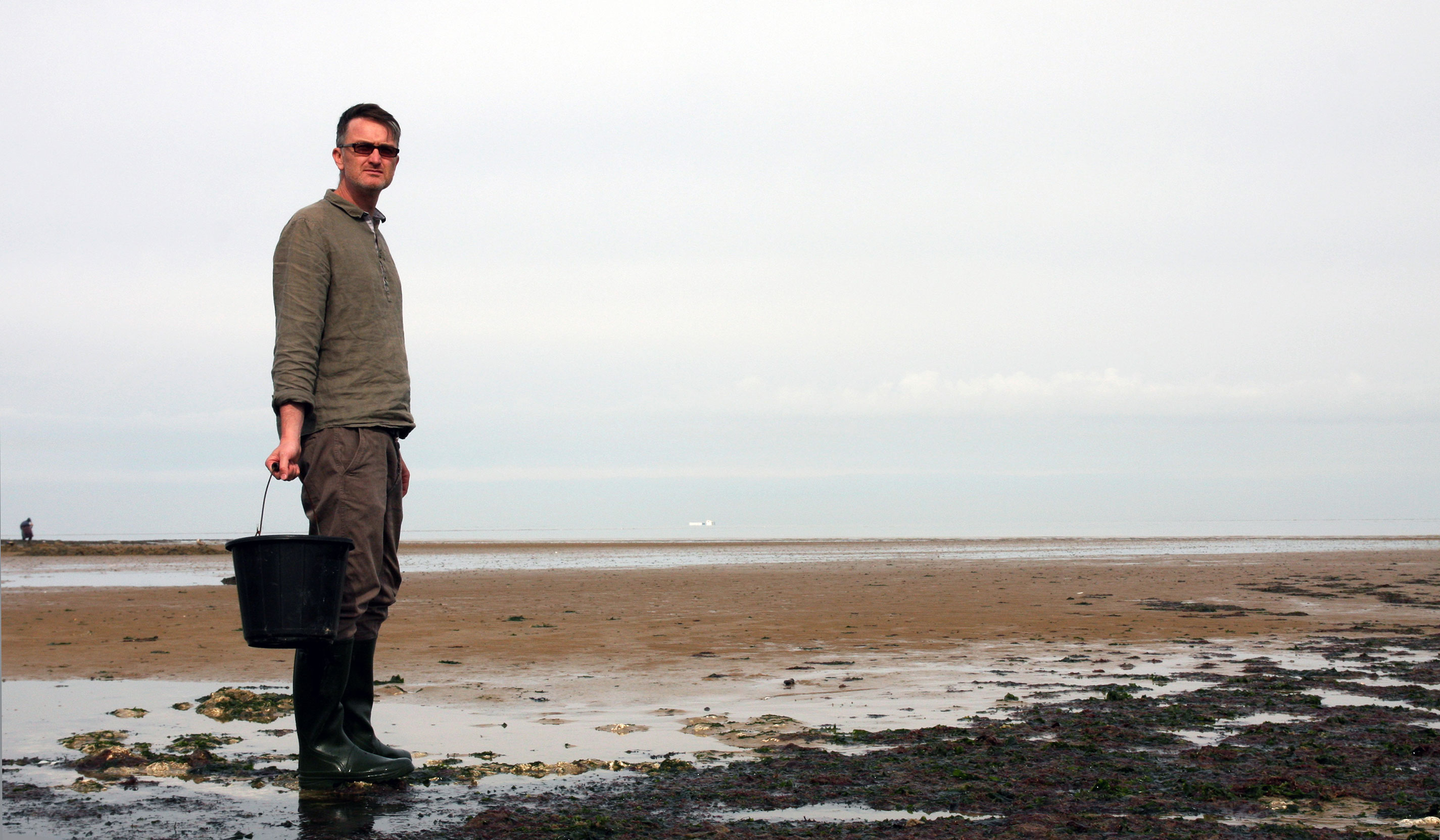 Artist Steve McPherson collects plastic marine litter from the beaches along the North Kent coast, and from it creates statement artworks that are both questioning and beautiful.

Have you always had an interest in using discarded coastal plastics and found objects in your work?

I grew up on this coast, and the main beaches I go to for collecting plastic are those I spent my childhood on. It’s my home, and very much a part of me. For many years I’ve used found and discarded objects in my work, from collage to sculpture and installation. I once filled a London gallery floor with over 3000 open books, inviting people to step on them. These objects were industrial waste set to be pulped, but powerful symbols that made the audience recoil at my invitation to walk over them. I’ve been collecting objects from the beach for most of my life, from bits of unusual driftwood, to fossils, and other interesting flotsam scattered on the tideline. This moved into collecting with a purpose, to use materials from the beach in the artworks and visual journals I was making at the time. Increasingly plastic was becoming more noticeable amongst the natural colourings of the sea shore, and I would pick up the odd small plastic figure, or toy. I ignored the many broken pieces and shards, which outnumber the more recognisable objects by hundreds, and had a thought that someone should pick this stuff up and do something with it. My next thought was that that could be me, and if I had the shards and considered them a useful material then they would be.

Do the materials you find motivate the final piece? Or do you have a finished artwork in mind then find materials to fit it?

Thy idea behind what to create depends on many things, sometimes it’s an image I’ve been carrying around for a long time in my head, sometimes it’s a solid concept, other times an emotion or feeling dictates. I’m also controlled by what I can and can’t find, and what I have in my reserves of plastic. I rarely go out to look for a specific item or colour, it’s more like take what you can while you can, before the tide comes and covers the beach.

How long do you spend on the beach each day?

That really depends on the tides and weather, and some days I may not have a chance to get to the beach at all. I spend about an hour and a half, until my back can take no more bending over. At this time of the year though, with stronger winds and storms, a lot more debris comes in, so it’s a great time for beach combing.

So many odd things: a collection of false teeth and false fingernails, two toy toilets, and a plethora of characters and figures, animals and vehicles. Although to be completely honest the most unusual have been sex toys.

Whilst creating your work, how do you feel about how we humans are treating the planet?

I’ve always been concerned about ecology, and my work with plastic collected from just three small beaches serves as a reminder of the plight of the marine environment. The problem of plastic pollution of the seas is not just local – it’s global, and I’m saddened by the wastefulness of our consumer society. Plastic is useful for making things, but people are unaware that it is not an inert material; most plastics leach harmful chemicals into the atmosphere. I find myself in a paradoxical state, I love the fact that I can find this material for my artworks on the beach, but I hate the fact that it’s there.

Do you ever think about who discarded a particular piece, and what their story is?

I constantly bring myself back to the user of the items I find, and wonder about who they were and why they may have lost or thrown away the object now in my hands. I’ve made a whole series of works using this very notion, where the objects are displayed alongside a piece of narrative text, and a small potential history of how or why they ended up on the beach. For example: Part of a fishing line reel that was discarded during an adolescent mood; The casing of a sucking sweet that was sweetly sucked; Part of a pen given away free at a seaside carnival; A fragment of a crabbing set broken by bad tempered feet.

Do different times of year, or times of day, produce a certain type of debris?

Autumn and winter are the best times of year for finding objects on the beach, as the strong currents bring more debris in, as do the storms. The sand also gets churned up, so anything that was buried in it by a previous tide, may be brought back up to the surface. There are no particular patterns, but every beachcomber can tell you where the best places to look are on their particular beach.

How do you feel about the ocean?

A healthy oceanic environment is so crucial to life, not only does it provide millions with their main source of food, but it also directs weather. It’s so important to our daily lives whether we are on the coast or inland, but most are unware of that, and just see it as a place to go for pleasure. Living by the sea for most of my life I really do feel a deep connectedness it. The beach is my place of refuge, the place I go to think and take time away from the hustle of the everyday. The sea has no borders and there is a notion that when you walk along the shore and step into the water, that footstep brings you closer to other people on their own shores. In my childhood home I could hear and see the sea from my bedroom, and the sound of waves had a soporific effect that would ease me into sleep. That said, when asleep, and in my dreamscape there is a whole coastline that I explore, that is filled with caves, treasures, sanctuary and danger. It has seeped into my subconscious.

What’s your process? Do you collect lots of debris in one go and then make a piece? Or a small amount over time and then begin the artwork?

I just collect what I can. Then there is a process of cleaning and sorting in my studio – I sort by type and colour, although this is a particularly difficult for me as I’m colour blind. It’s a long and frustrating process when you can’t tell if the object in your hand is blue or purple, red or brown, grey or green. But I leave it down to my own perception and the anomalies end up in the artworks. That’s why in a blue piece you may find purple and green, in a yellow piece green and orange. The idea that I have at the time informs how I use the plastic, but artworks take a couple of months to make and become increasingly difficult as they progress. It’s like creating a jigsaw without an image and thousands of pieces to search through to find the one that fits. I don’t alter the materials in any way, there is no cutting, reshaping, or changing of colour. I want to stay truthful to the objects that I find, and use them with integrity.

What do you want your work to say?

I feel that my works have many levels of meaning. I am interested in the objects as 21st century archaeology, as representatives of our time in history and of the people who made, used and lost them. Like many historical archaeological finds, this debris provides the evidence of our culture. I’m also interested in the lost object as a subject, and how they may be imbued with the memory of the people who left or lost them. To viewers some of the objects and their associated relationships to them are lost in the depths of their own memories. These artworks sometimes help people to allow those memories to rise to the surface and be reminded of their own personal histories – so each piece can act as a key to things we ourselves have lost. The environmental subject is an obvious but important aspect of my work. We’re still in the times of oil dominance, and plastic is a product of that industry. Increasingly it’s becoming an environmental problem, not just in the sea but on land as well, and my works usually raise questions about our cultural and person consumption. Plastic may still be in the environment for thousands of years, after we are long gone.

No Older Articles
Next Article 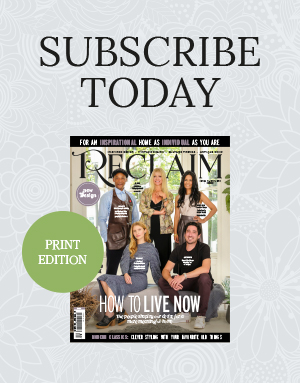 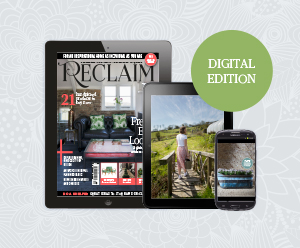